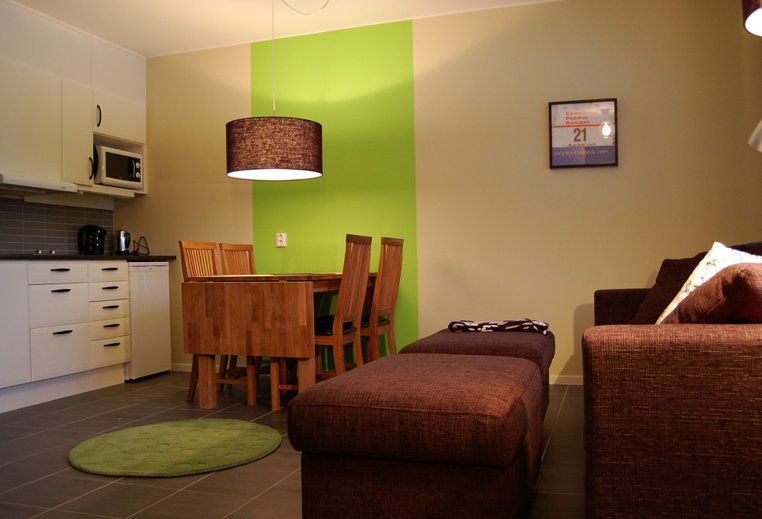 Camp Södergren was built next to the ski arena in Östersund in order to accommodate some of the top athletes of the Biathlon World Championships in 2008 but also to function as lodging for younger amateurs when on training camp.

The exterior was dictated by an existing protected club house from the 1940s but the client wished for the interior to be modern. The objective was to create a welcoming and cosy yet functional and endurable design.