Inclusive processes paving way for a new school, contributing to the community 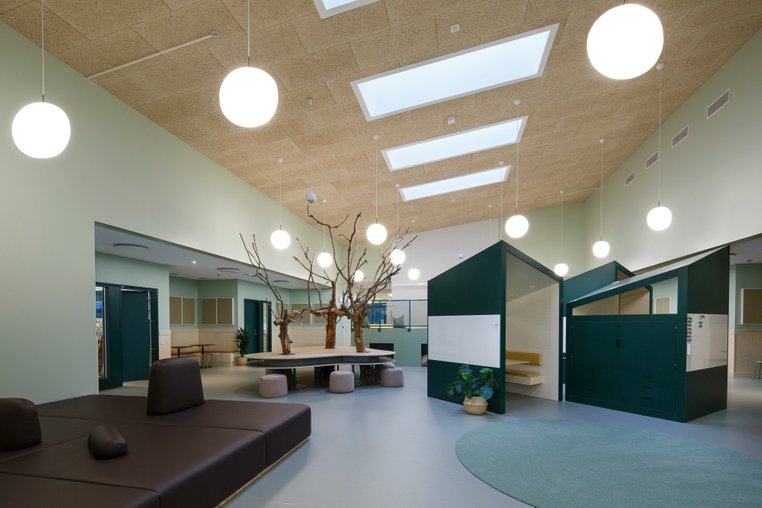 A new school in the south of Sweden for approximately 500 pupils, including a school for pupils with severe learning disabilities, designed in close collaboration with pedagogic staff and pupils through including processes.

One of the objects for the school was to be efficient with square metres, in the sense that all spaces must be learning spaces, preferably variable ones. Another object was to create a second home, since many of the pupils partake in the after school care. This meant the school had to provide spaces for both studying, relaxing and playing.

The building itself also contributes to its community, by placing importance on educating for the future and at the same time tying back to the history of Bjuv, seen amongst other in the brick façades. It lets the children be installed with a sense of pride, while they delight in their new environment.

The project was done with BIM in partnering between NCC and Bjuv’s municipality.

Gathering table "Trädet" and
the small grottos underneath
the seating stairs

"Boet" in the common area for the pre-school.
"Boet" offers a grotto for reclusion and a sofa surface on top, where you, if you lie on your back, can watch the sky.

Washing space for year 1 and 2